Artelectrico was founded in 2021 by three medical doctors that share an enthusiasm for new art. Two of these doctors are exhibited Mexican artists with unique talents. We hope to create an equally enthusiastic audience for the artists on our stable. We are confident that the art represented is exceptional and has significant aesthetic and social value.

To date we have had four online exhibitions and one successful live exhibition at the Coningsby Gallery.

For Tutti Frutti we asked our artists to produce works without any rules, no basic theme, no limitations on media, size, date of production or subject. This sudden freedom paid back, and we were rewarded with a wonderful collection of works for this live exhibition.

Patrick is currently an Emeritus Professor of Cell Pathology and continues to be engaged in academic studies. His recent work has focused on his discovery of monocular stereoscopy and the principles underlying this remarkable phenomenon. His work melds art and science producing beautiful images that also contain an interesting scientific message.

Born in the 90s, Reem Al-Refaie is an artist who started off creating drawings inspired by the cartoons she grew up with. Art became an important tool for expression, and she began to develop this as she undertook evening classes during her time in Plymouth. Growing up in the digital age, her art is predominantly digital – where she explores how to create a sense of texture in a 2D medium. Her current themes in which she explores predominantly lie in our interaction with the world as it is, and how we cope with it. For her, it’s through art. Reem has had a solo exhibition with us “Concept of Emancipation”, a group exhibition “Nature”, and a live exhibition.

Jose was born and raised in Mexico City and has been living in the United States (New York) since 1972. From 1966 to 2018 he exhibited in multiple group shows in Mexico City, Israel, Portugal and the US, and has also been a member of The Graphic Eye Cooperative Gallery in Port Washington since 1981, and The Art Guild of Port Washington since 1990. Jose is currently a member of the Art Council of the Port Washington Library in Port Washington, New York. ‘Pepe’ as he is affectionately known, will present a varied collection of works from the past and present never exhibited before. The invitation and poster of this exhibition shows one of his works “El Rey de Chocolate” that derives from old studies about Mexican children’s songs.

Born and raised in Mexico City, he became a painter at an early age. He subsequently moved to London, where he has now lived for almost 40 years. Gabriel spent some years in the studio of the distinguished Mexican artist Fernando Castro Pacheco in Mexico City. Throughout Gabriel’s art career, he has exhibited at many respected galleries, in Mexico, the USA, England, and Canada. Now, he is a retired plastic surgeon, and a director at Artelectrico. Gabriel insists he is an artist and not only a doctor that paints. Throughout the decades, his paintings have reflected his desires, memories, and dreams. “Tutti Frutti” has given him an opportunity to show how his style is continually evolving by displaying some previously unseen works, exploring new media, and having an intimate conversation about the world today. 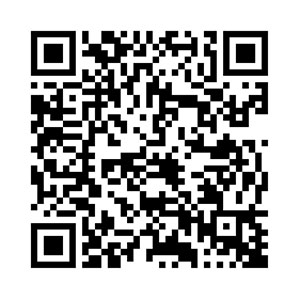 Weekends by appointment only UNLESS any particular exhibition details on our site otherwise.